Euro-Argo RISE partners have welcomed 3 new people in the team. Discover below their backgrounds and which activities they will handle during the project. 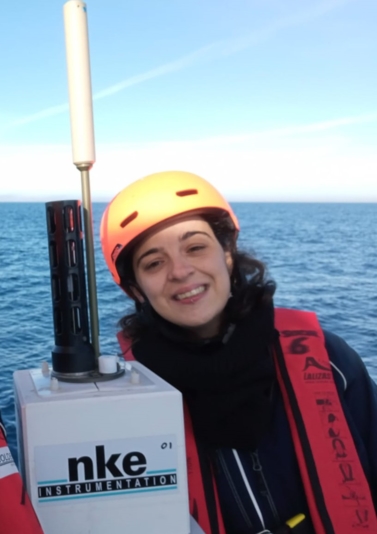 Lara Díaz-Barroso graduated in Marine Sciences (University of Las Palmas de Gran Canaria, Spain) and holds a Master’s degree in Marine Ecology (The University of Balearic Islands, Spain). She first worked in the i-Mar center (Chile) with mathematical models to study the parasite loads produced by Caligus rogercresseyi in the salmon. From 2016 to 2018, she gained experience in biogeochemical analyses and on the processing of oceanographic, fishing and biogeochemical data by working successively in SOCIB and in Mediterranean Institute for Advanced Studies (IMEDEA, CSIC-UIB). In 2019, she joined SOCIB to start developing calibration tasks with a new nitrate measurement sensor.
In Euro-Argo RISE project, Lara Díaz-Barroso will assist the SOCIB team to improve the Argo ability to drift and keep in shallow waters, she will be responsible for treating the data of the profiler launched in the Palma Bay (WP6). Moreover, she will be part of the organizing committee of the 2nd Ocean Observers workshop (WP7, to be held in Palma, Spain) and study the historical Argo data in the boundary currents in the Western Mediterranean Sea (WP2). 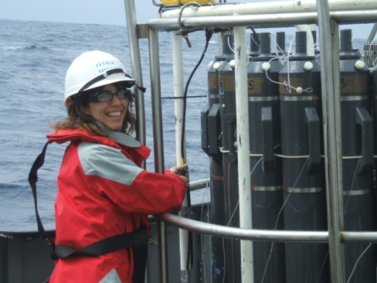 Eva Prieto Bravo graduated in Physics at the University of Oviedo (Spain). She holds a Master’s Degree in Applied Physics (University of Vigo, Spain) and a PhD in Physical Oceanography (University of Oviedo, Spain). She worked at the Oceanographic Centre of Gijon (Spanish Institute of Oceanography, IEO) where she acquired experience on analyzing in-situ temperature, salinity and current velocities of the deep ocean (down to 5000 m depth) from seasonal to interannual scales, focusing on the Atlantic Ocean. In 2015, she started working at the Oceanography department of the Geophysical Institute of Peru (Lima, Peru), where she studied El Niño phenomenon, intraseasonal equatorial Kelvin waves and its impacts along the Peruvian coast.

Eva Prieto Bravo has recently joined the Ifremer “Ocean and Climate” team of the LOPS. Her postdoctoral work aims at combining newly available Deep-Argo profiles and other observational datasets to obtain a better quantification and understanding of abyssal water mass variability in the Irminger Sea (subpolar North Atlantic). Moreover, an inter-comparison of three different deep sensors mounted on a single three-headed Deep Argo float will be evaluated (WP3). As part of the European project H2020 Euro-Argo RISE, this work will provide a significant valorization of the Deep Argo dataset to resolve regional trends in the deep ocean (>2000 m depth), as well as recommendations to the international community on technological choices for the global extension of the network. 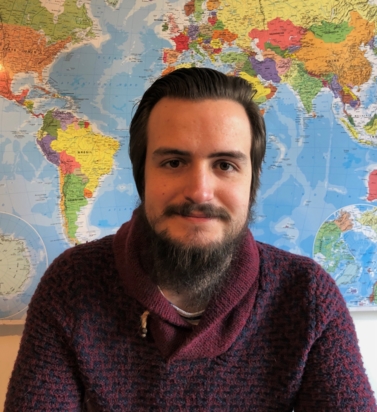 Quentin Jutard has joined the Euro-Argo RISE project in November 2019 to work as a research engineer on the WP4. He has received training in engineering at ENSTA ParisTech and in physical oceanography at Université Pierre et Marie Curie, all the while developing a strong interest in ocean biogeochemistry which he had the opportunity to study at both institutions.

As part of his training he enrolled in two research internships, furthering his interest in biogeochemistry. In the first one he studied the possibility of a link between icebergs and primary production in the Labrador Sea, using satellite derived chlorophyll and archives of iceberg sightings. In the second one he studied mixotrophic plankton through modelization, to understand the possible competitive advantages of such a behaviour within the planktonic ecosystem. He then worked for a year as a research engineer in physical oceanography before joining the Euro-Argo RISE project.

He will more specifically focus on the task 4.2 with the quality control of chlorophyll-a, BBP, and radiometry. His tasks include: evaluating QC methods to guide Euro-Argo RISE recommendations, developing tools to assist operators (especially for delayed mode QC production), and producing the aforementioned delayed mode QC.