Implementation in marginal seas, including Baltic Sea, is a key point in Euro-Argo ERIC strategy. Only 32 floats have been deployed in the Baltic Sea, most of them in the last 4 years. Hence there is a lack of Argo reference data for DMQC (Delayed Mode Quality Control) processing in this region. Reference datasets are extremely important to get faithful data as the Baltic Sea presents an important horizontal variability of water masses due to rivers discharge and complex flows at Danish straits.

During the recovery operation, float positions were continually sent from Euro-Argo Office to the R/V Oceania. 2 CTD profiles were performed from the vessel, trying to approach the maximum to the last Argo float profile (around 800 m and 60 min difference, see Figure). 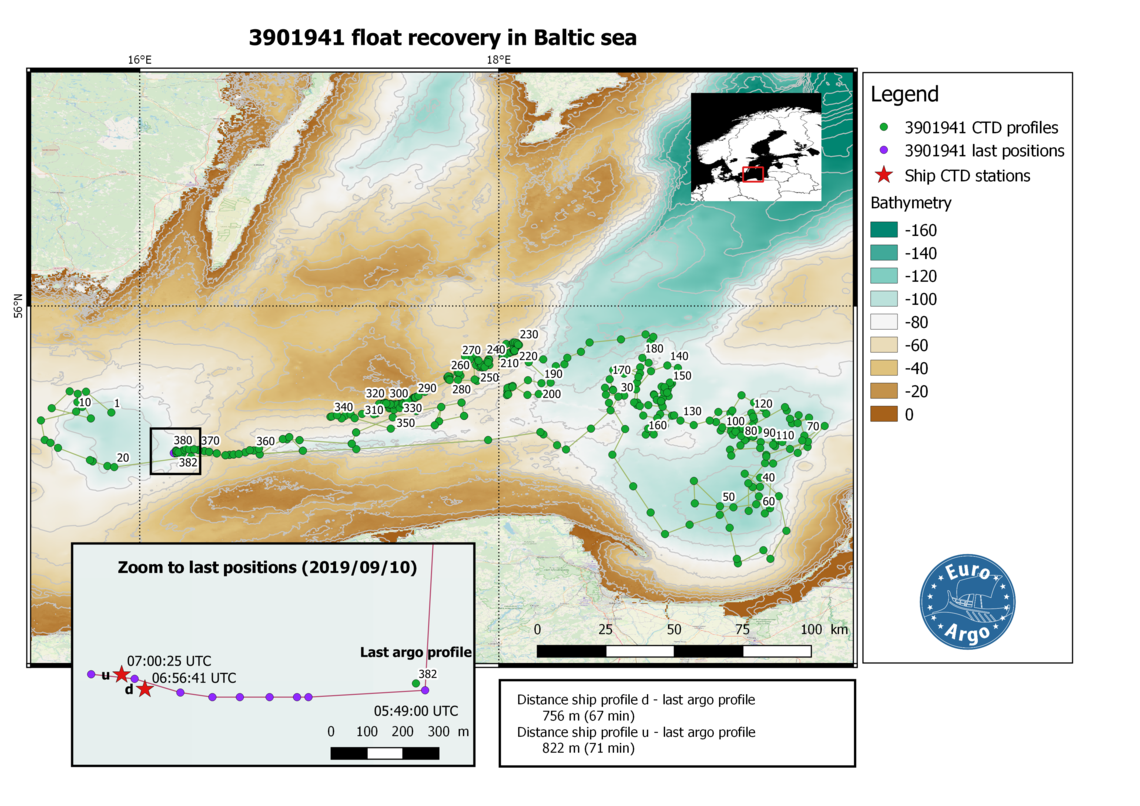 Vessel CTD profiles will be used to compare and validate Argo profiles, and float CTD head will be sent to the manufacturer for recalibration.

MOCCA float 3901941 is contributing both to fill the gap of oceanographic data in the Baltic Sea and to improve DMQC processing. And everything thanks to partners coordinated efforts!