The EuroSea project is progressing as planned: five BGC floats with pH sensors and five Deep floats were deployed  in the Atlantic in May and June 2021, respectively. All these floats were tested by the Euro-Argo ERIC team to maximise the chances of successful deployments at sea. 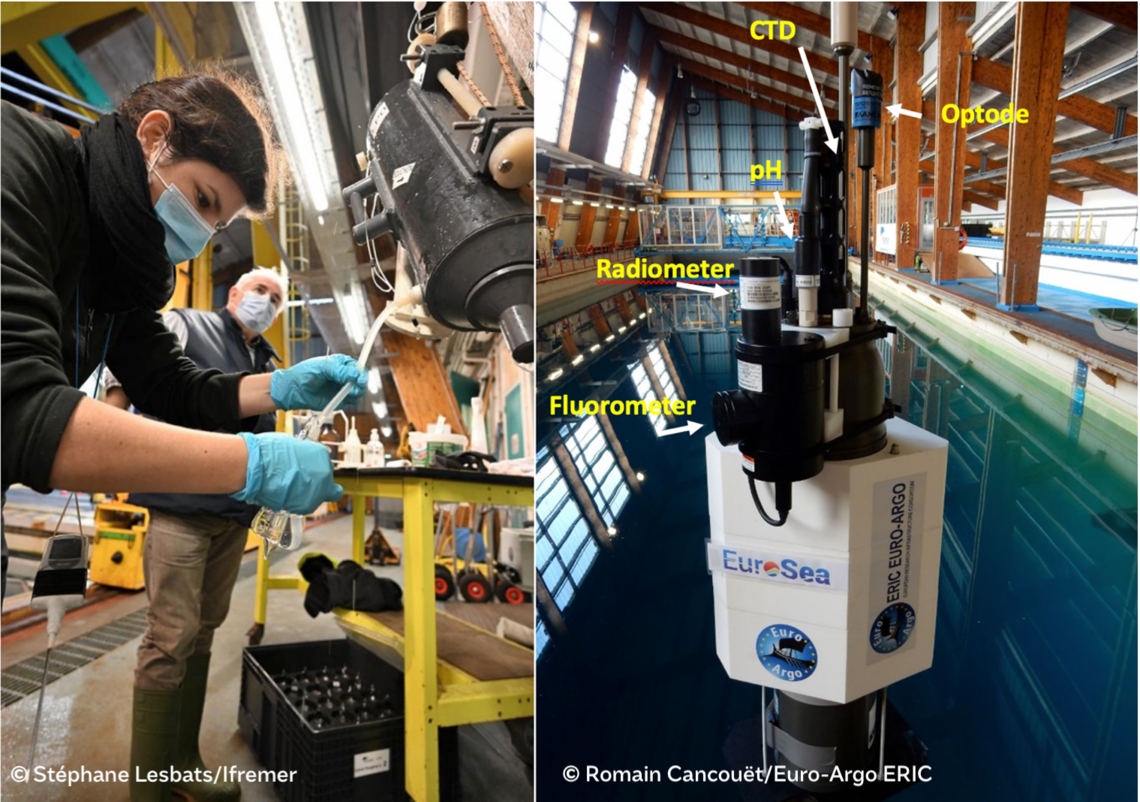 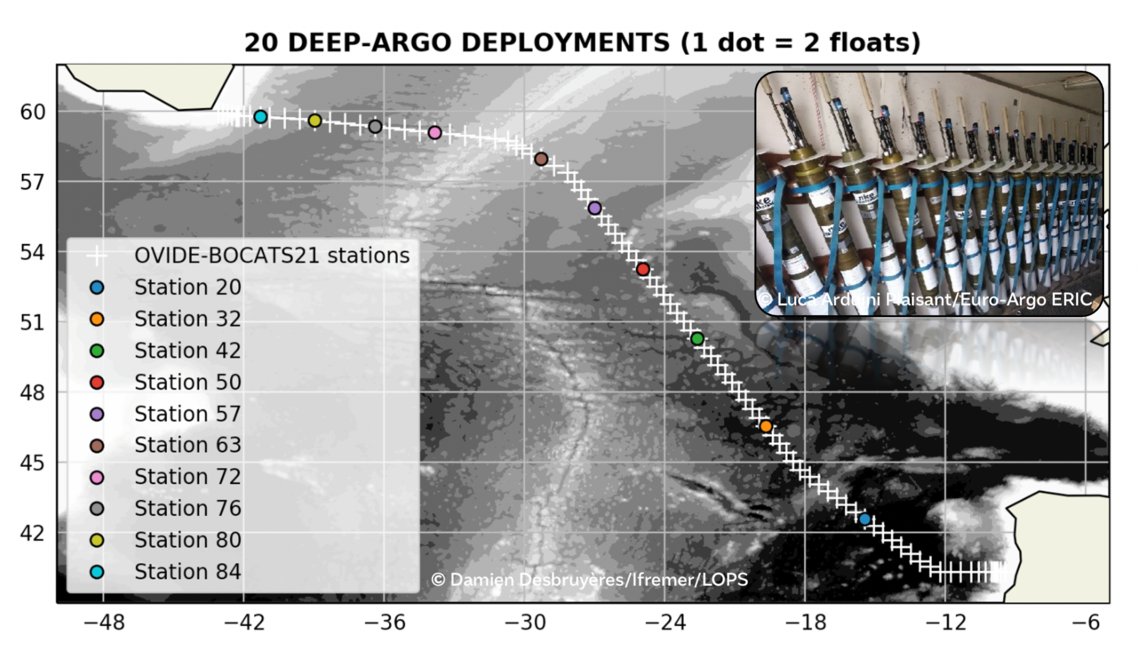 Deep Argo deployment plan of the OVIDE-BOCATS21 cruise (20 floats in total including 5 EuroSea floats). On the top right corner, picture of all the deep floats in a container and prepared for the deployment.

The floats and the data can also be monitored and visualised on the Euro-Argo web portals (floats – data; type “EuroSea” in the search bar).