It has been almost one year since the Euro-Argo RISE project was launched (see here). Dates for the next General Assembly have been set to Tuesday 3 March 2020 (noon) to Thursday 5 March (noon). The work is progressing according to schedule: the 5 Deliverables and 4 Milestones due by the end of 2019 have been released (out of 63 Deliverables in total), and we present here a summary of the first results achieved during the first year of the project. 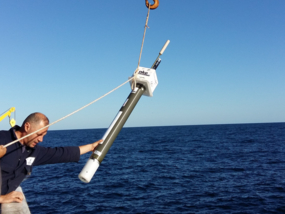 The first float funded through EA-RISE was successfully deployed in October in the Black Sea and has started to show interesting results on the way to operate floats in coastal areas, thanks to the use of adequate at sea monitoring tools and a continuous change of configuration parameters.

Tests of the OPUS nitrate sensor 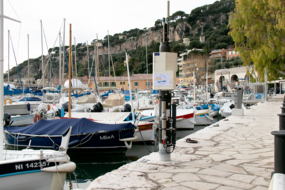 Test deployments were carried out already by the LOV (Laboratory of Villefranche) team in Villefranche and surrounding area with a float equipped with 2 nitrate sensors: the OPUS from TRIOS and the classical SUNA from Seabird. Tests were fully successful and the data are now being processed for analysis.

Tests of a new float configuration in the Mediterranean Sea 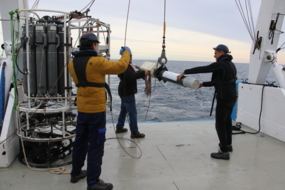 In the framework of WP6, the second float of Euro-Argo RISE project was deployed by LOV at the open ocean observation site BOUSSOLE/DYFAMED (northwestern Mediterranean). In close interaction with the adaptive sampling tools under development in WP2, the cycling parameters of the float will aim at increasing its residence time in the central part of the Ligurian Sea. 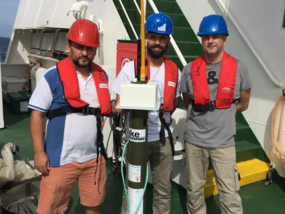 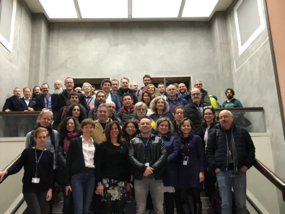 Euro-Argo RISE activities were presented to the MonGOOS community during the meeting that took place early December in Trieste, and contacts were taken  with representatives of countries not involved in Argo activities yet, as well as with representatives of other Research Infrastructures (EMSO), that should lead to future collaborations on different aspects of Argo. 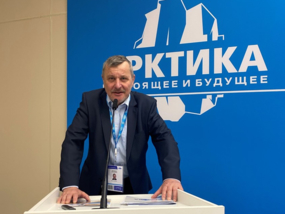 Contacts were taken with Russian researchers for possible future collaboration on Argo in the Arctic at this meeting in St. Petersburg that gathered 2500 persons, where Euro-Argo RISE activities in the region was presented. 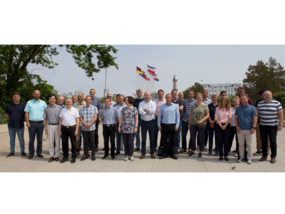 Euro-Argo RISE activities and their benefits for the BOOS community were introduced during this meeting held in Rostock, Germany on 12-13 June. In parallel with the task on improving methods for ice avoidance to enhance year-round Argo operations in the Baltic, presentation also addressed (i) new sensors to be tested and improvements of DMQC methods for the Baltic (WP2), (ii) new BGC floats with nitrate and irradiance sensors to be tested in the Baltic (WP4) and (iii) activities at a regional scale (WP5 & WP6) to enlarge the regional Argo community. 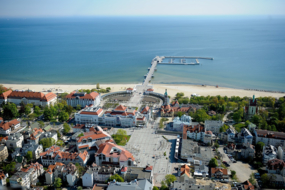 Several countries around the Baltic Sea and the Arctic Ocean are not yet involved in the Argo activities. In order to allow new scientists to learn more and possibly engage in Argo through new collaborations, FMI & IOPAN are organising a dedicated "Baltic & Arctic Argo workshop" to be hold on September 23-25, 2020 in Sopot.

The best way to serve our users is to assess their needs. In that respect, a questionnaire has been drafted by the Marine Institute, that contains questions on various aspects of services the Euro-Argo ERIC can provide to Argo users, with a focus on Argo data access. The final version of this questionnaire will be ready early 2020 and will be the basis for assessing the needs of different categories of Argo users. It will be spread within the Euro-Argo community and even beyond, as suggested during last international ADMT meeting in October 2019 in Villefranche-sur-Mer.

New tools are also in development, such as a new Argo Data Selection Tool that should be available on the European GDAC (Global Data Assembly Centre) in the first semester of 2020, based on the same technology as the recently released "At Sea Monitoring" tool. 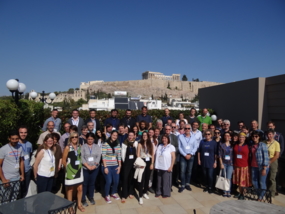 Held on a biennal basis by Euro-Argo to bring together Argo scientific users in Europe, this 2019 edition was part of the Euro-Argo RISE project (WP7) and co-organised with HCMR. A poster on Euro-Argo RISE activities was presented, introducing Euro-Argo RISE to the scientific community. Participants welcomed warmly this edition, showing the dynamism and engagement of the European Argo community but also the need to regularly gather different types of users to better understand their requirements. 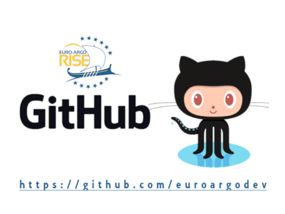 WP2 is leading the creation of a collaborative framework for Argo Quality Control (QC) of the core mission parameters (temperature, salinity, depth, trajectories). This framework aims to improve the overall QC performance and Argo dataset quality. Collaboration will be articulated around three main components: software (development, performance, usage, access), reference dataset (content, access, availability) and expertise (training, sharing, consolidating). The first initiative of the collaborative framework is to set-up an online repository for software development and sharing at https://github.com/euroargodev. All the Euro-Argo community is invited to adopt and to participate to this initiative: simply shoot en email to earisewp2@gmail.com with your Github account to be able to create a new repository.

It is proposed that a joint Euro-Argo and International DMQC workshop will be held in the UK in May 2020 (Week starting 11th May) . It is intended that the dates will be fixed and circulated soon, together with a workshop announcement. This will be the 2nd European and 7th International Argo DMQC workshop. Topics of Discussion will include DMQC tools, Reference datasets, Consistency of decision-making between DMQC operators, DMQC and adjustments for Deep Argo. 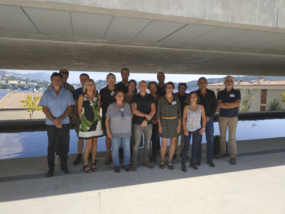 A first meeting was organized by Fabrizio d’Ortenzio (SU, WP4 leader) and Catherine Schmechtig (SU, WP4 participant and BGC-ADMT Task Team) aside the last ADMT meeting, in October 2019, which main objective was to describe and present the advancement of processing of the 6 BGC-Argo variables (O2, NO3, Chla, pH, BBP, radiometry) at the European level, with a particular focus on Delayed-Mode.

Semi-automatic or new methods were presented and discussed for each variable. Several recommendations were issued, among which considering testing the new methods on larger datasets, contributing to the finalization of ADMT documents as well as starting using collaborative tools (i.e. GITHub) to share codes and methods. 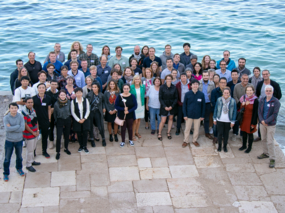 This year, the Argo Data Management Team week had 3-in-one meetings on the 13-18 October 2019: a do-a-thon workshop focused on Argo visualization workshop, a BGC-Argo meeting dedicated to BGC data management teams and the ADMT-20 annual meeting.

One job position is presently available in the context of Euro-Argo RISE: