The IX International Forum ‘Arctic: Today and the Future’ took place in St. Petersburg, Russia, on December 05-07. The Forum was held under the auspices of the Interregional Public Organization "Association of Polar Explorers". The meeting brought together more than 2,500 people. More than 40 Russian regions, including all the Arctic, and 20 foreign countries, including participating countries and observers of the Arctic Council sent their delegations to participate in the forum.

Issues related to the global Argo oceans observation system with particular emphasis on the Arctic were discussed by Waldemar Walczowski (IO PAN) during the ‘The Arctic as a unique testing ground for fundamental and applied research’ panel session. The Euro-Argo ERIC consortium as well as the activities carried out by the Euro-Argo RISE project were presented. The lecture in Russian aroused the interest of oceanographers dealing with Arctic research. A poster was also presented.

This meeting was a nice opportunity to advertise the planned Conference on international cooperation in Argo research in the Arctic and Baltic Sea regions that will be held in Sopot on 23-25 September 2020, organised by IO PAN & FMI as part of the Euro-Argo RISE project.

Waldemar Walczowski made contacts with researchers from AARI (St Petersburg) and Shirshow (Moscow) Institutes, who accepted the invitation to the conference in Sopot next September. 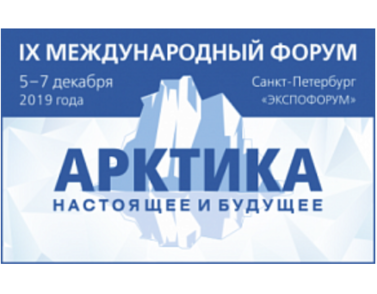