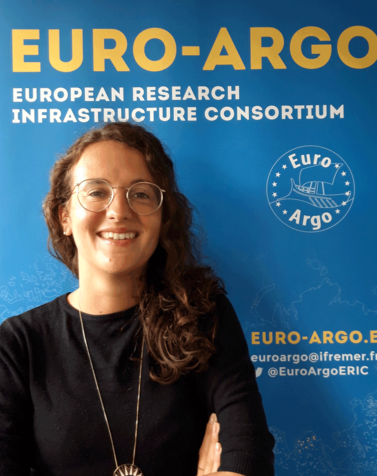 She first worked in the Woods Hole Oceanographic Institute lab, dealing with geochemical analyses of river sediments and carbon cycle study. She then gained experience in hydrogeology all over the world, in Mauritania, Reunion and Chile. She was involved in drilling campaign projects and environmental impact studies in international teams.

Later, her curiosity and taste for writing naturally guided her towards the transmission of scientific knowledge, and she continued her path in science communication. During five years, she wrote numerous technical investigations and feature articles for science magazines, interviewed many environmental scientists and professionals, and published several science popularization books for a publishing house in Paris. Her goal is to pass on scientific information to the research and education communities and the public at large, in an accurate but always creative way. Her favorite topics? Climate and ocean science – obviously! – as well as the human impact on the environment and biodiversity.

Marine Bollard has been hired to assist the Euro-Argo ERIC office team in strengthening the interface between science and the outside world, and in enhancing communication with its main stakeholders. She will be responsible for the communication and outreach activities of the Euro-Argo ERIC, to raise awareness on the importance of maintaining and developing a network of free and open in situ ocean observations such as Argo. She will also be in charge of promoting the infrastructure’s mission and services, and of developing content to be distributed via different physical and digital channels.

One of the first tasks of Marine will be to ensure the dissemination of the MOCCA project in its final year, through the production of different communication material.