Discover MOCCA 5-year achievements" leaflet, that summarizes all the intensive work achieved during the project. 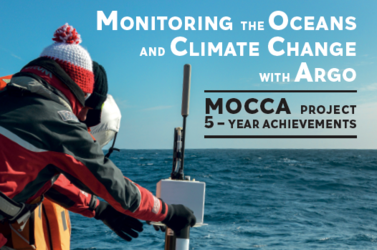 Since its start, Euro-Argo partners have been discussing closely with the European Commission (DG-MARE, DG-RESEARCH AND DG-GROWTH) on supporting the Euro-Argo Infrastructure to develop a long-term European contribution to Argo. 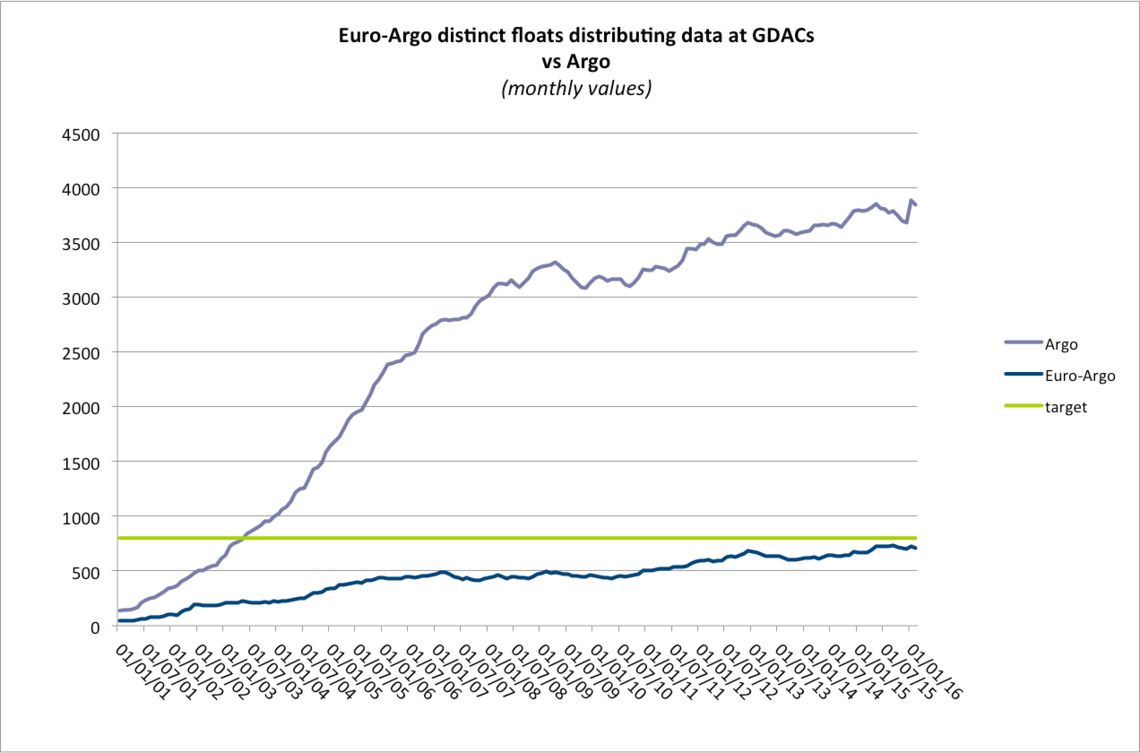 Even though the number of floats deployed per European Countries increased in the past 15 years, the European Contribution to Argo, based on national funds only, has reached a plateau.

In April 2015, a proposal was submitted to DG-MARE through EASME and definitely signed in mid-june 2015. The MOCCA project (Monitoring the Oceans and Climate Change with Argo) started end of June 2015, and is scheduled for a 5-year period (2015-2020).

With a MOCCA contribution of 4M€ and an additional 20% (i.e. 1M€) from the ERIC and its partners, the goal of the project is to progress towards the Euro-Argo objectives in "Monitoring the Oceans" and the European effort under the international Argo programme through:

Within MOCCA, the Euro-Argo ERIC will also demonstrate its operational capabilities.

The data will be made freely available as a European contribution to the international Argo programme. The Euro-Argo ERIC will organise interfaces with operational users and, in particular, with the Copernicus Marine Service and with the Ocean and climate change research communities.

This action shall provide additional coverage in the European regional seas and help to further develop the Euro-Argo ERIC infrastructure. It will demonstrate that Europe can significantly improve its contribution to the international Argo programme (number of floats to be procured and deployed per year, float data processing and quality control, data dissemination). The Euro-Argo ERIC is a long-term endeavour and will be in a position to sustain the European contribution to the Argo international programme at the end of this action. 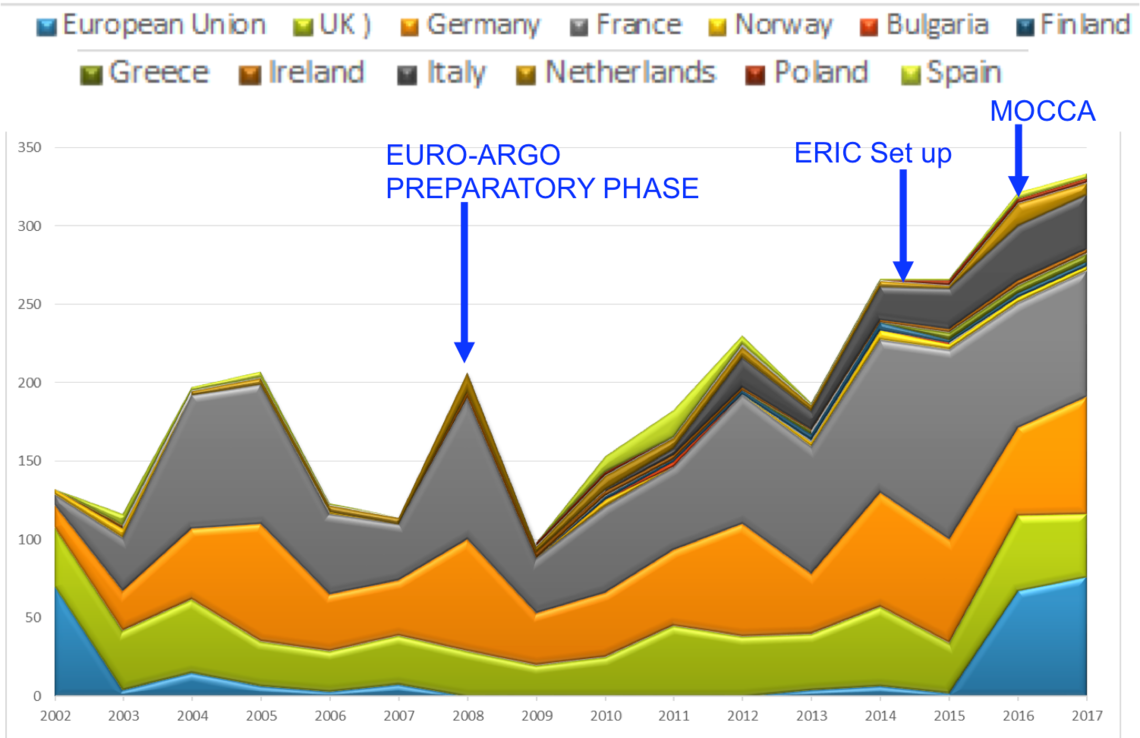 Evolution of the number of floats deployed per European countries between 2002 and 2017.

The Euro-Argo ERIC organises the splitting of activities between the ERIC and its members. The ERIC itself procures all of the floats as part of the EASME grant. The co-funding (20%) for floats has been organised through the transfer of funds from several ERIC members/observers towards the ERIC. The ERIC with a support from its members organises the deployment of floats and at sea monitoring. IFREMER, NERC- BODC, OGS, BSH and MET-OFFICE (based on agreed responsibilities as described in the scientific and technical annex of the Euro-Argo ERIC) are in charge of the data processing of floats and are identified as partners in the MOCCA project. Finally the Euro-Argo ERIC with the Management Board analyse the float procurement, deployment, monitoring at sea, processing and dissemination and will provide recommendations for managing the European contribution to the Argo international programme.

* The Executive Agency for Small and Medium-sized Enterprises (EASME) has been set-up by the European Commission to manage on its behalf several EU programmes. See more : https://ec.europa.eu/easme/ 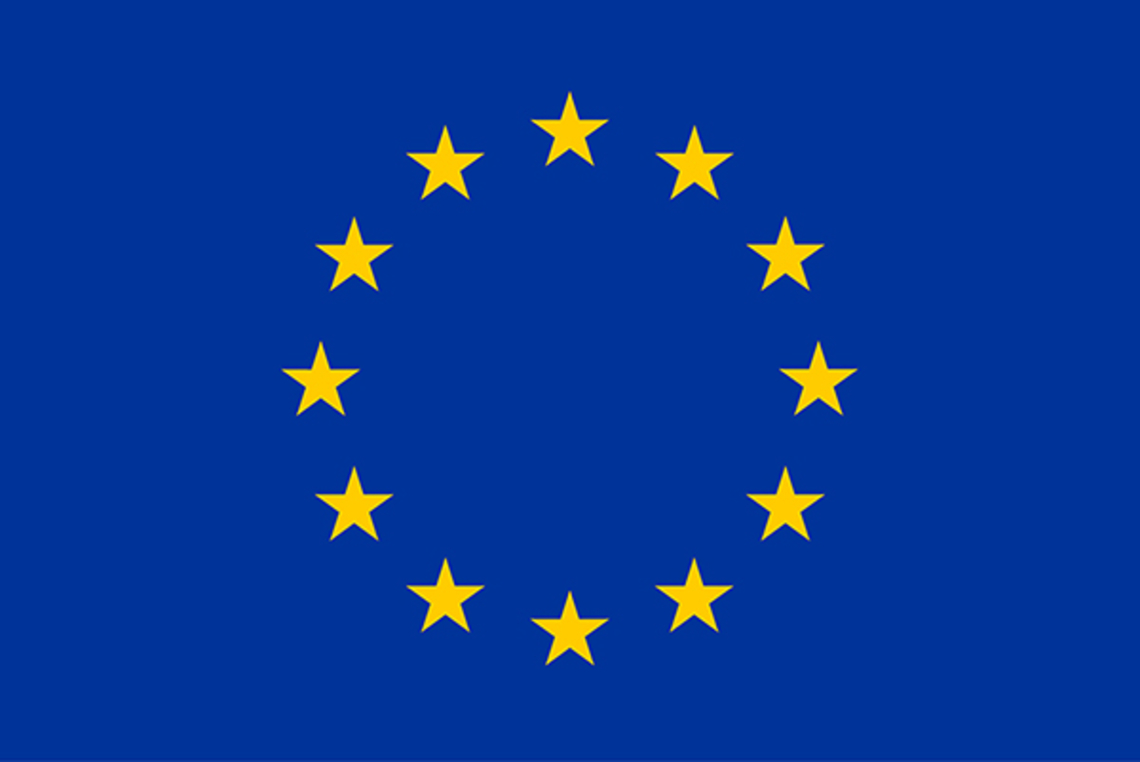 Co-funded by the European Maritime and Fisheries Fund (EMFF)