Grigor holds a master's degree in Ocean and Atmosphere physics from University of Paris VI. He first worked at ACRI-ST in Sophia-Antipolis in France on Satellite Ocean Colour, Meris Instrument from data processing, calibration reports, and help desk. Then he integrated CNRS and the Laboratory of Villefranche (LOV) where he developed a strong experience in bio-Argo profiling floats  in particular in calibration and maintenance, acceptance tests, interaction with manufacturers, deployment, processing in link with Coriolis data centre and training of Users.
Within the Euro-Argo project office he will assist Sylvie Pouliquen, the Program Manager, in close collaboration with Francine Loubrieu her assistant, to carry on the Euro-Argo ERIC activities in close collaboration with the Management Board.
He will in particular be in charge of the planning, coordination and supervision of float deployments performed either by the ERIC members and observers or by the EuroArgo ERIC, the organisation of float procurement at European level as well as ensuring at sea monitoring of the Euro-Argo fleet. This activity is important in 2015-2017 as the EURO-Argo ERIC has to organize the procurent and deployment of 150 floats funded at 80% by  DG-Mare under the MOCCA proposal. 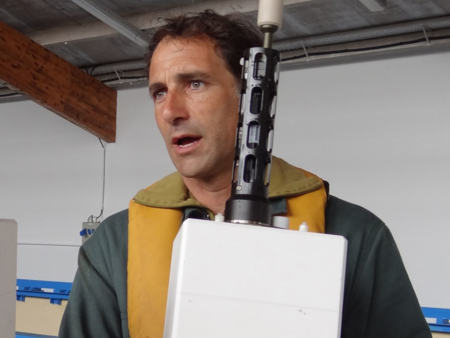