Before sending them observing the Ocean, engineers need to check Argo floats are well prepared for their mission. They make sure they can dive and take measurements in a proper way by immersing and testing them in a 20-meter deep tank – which looks like a large and deep indoor swimming pool – during a couple of days.

First, scientists prepare floats in the same conditions as for a real deployment at sea.

Then they check that the pump that allows the float to dive or rise in the pool is working properly. They carefully observe the descent and ascent of the float. When the float reaches the surface, they also make sure that it is sticking its head out of the water enough to send data: if the float's antenna is submerged, it will not be able to communicate its information to the satellites once at sea.

Eventually, they verify that the measurements collected by the floats in the tank are consistent. If the floats report the same results, they assume they are tuned for their mission at sea! However, if the measurements of the float are different from the known values in the tank, it must be repaired and retested in the tank until its measures match the correct ones. When it is ready to be deployed at sea for the real ocean observation, scientists give it a unique number to follow it during its mission and recognize it in case of problem or if it’s lost. 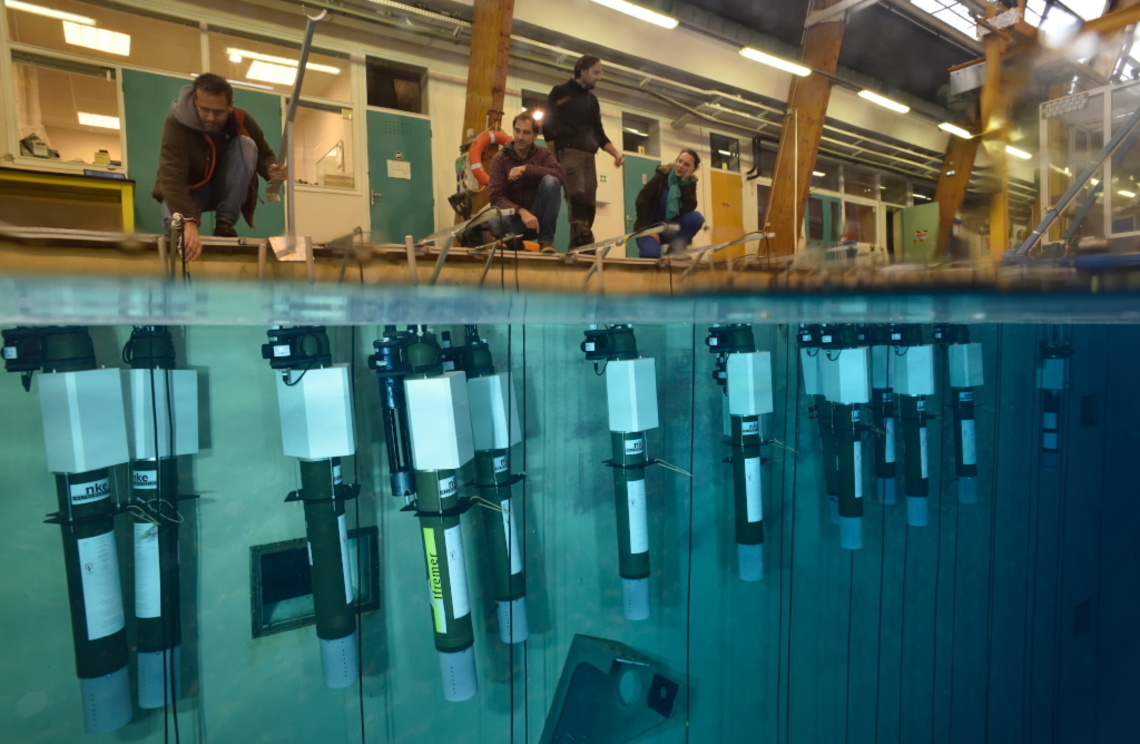 Here are some steps of the floats tests in the tank.