Argo floats are drifting cylindrical containers with instruments to measure the properties of sea water.

There are many float models in the Argo array, among which  : 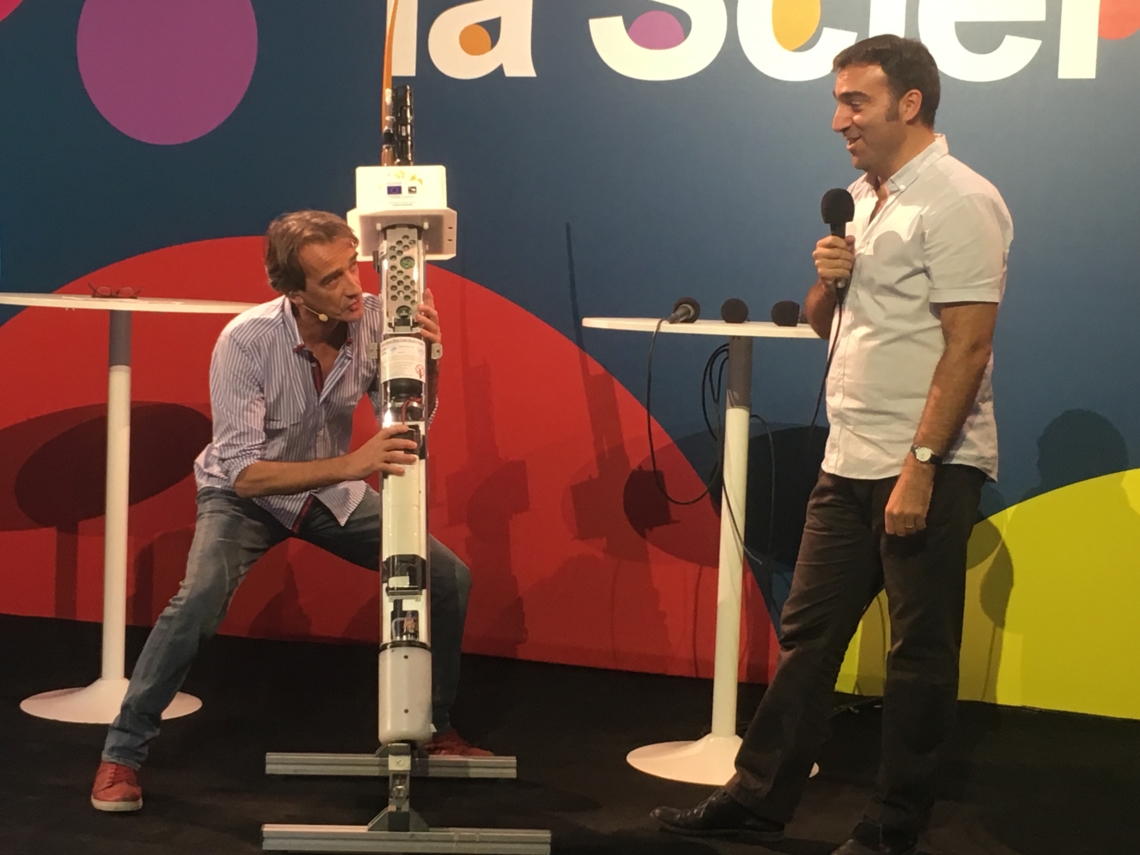 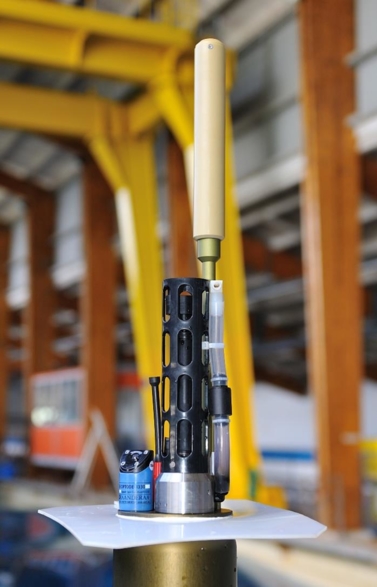 PUTTING THE FLOATS IN THE OCEAN

Each float is checked carefully before it is launched.

The temperature, salinity and pressure sensors are calibrated in the laboratory to make sure that the measurements made by the float are accurate.

All parts of the system are tested to make sure that the float is working properly. 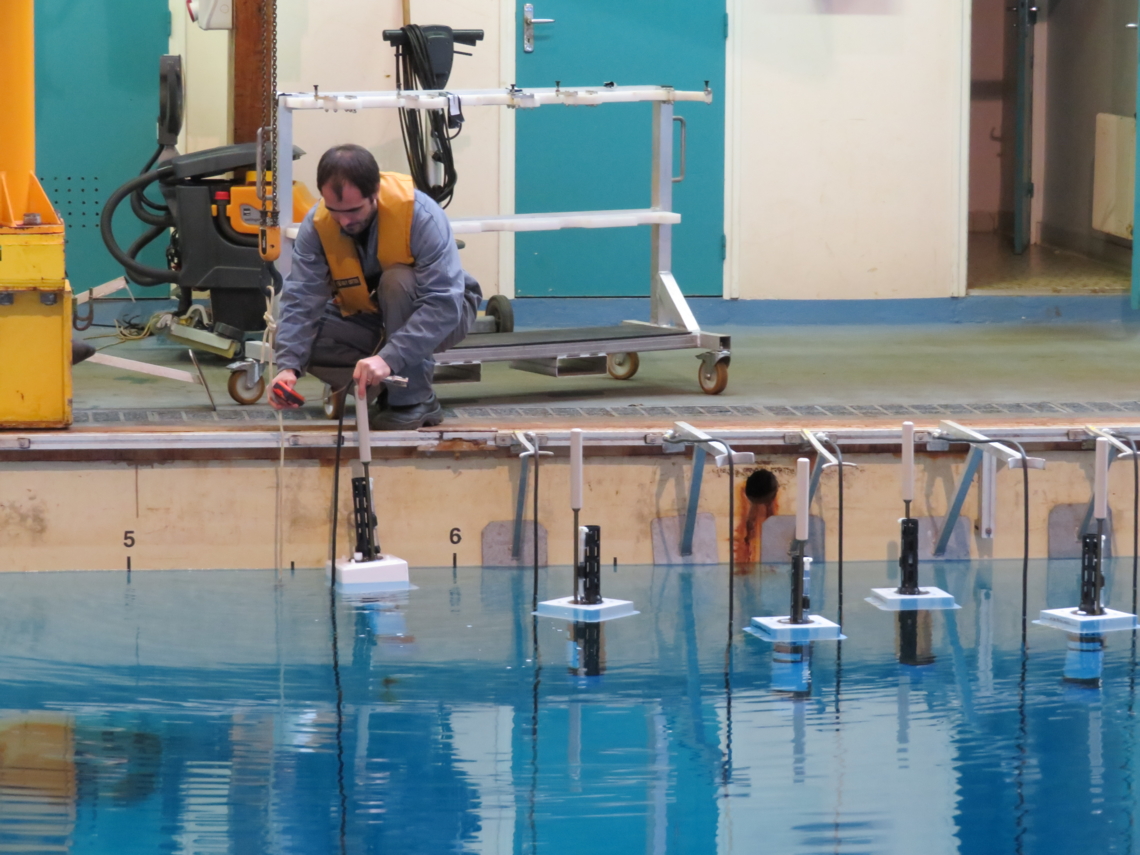 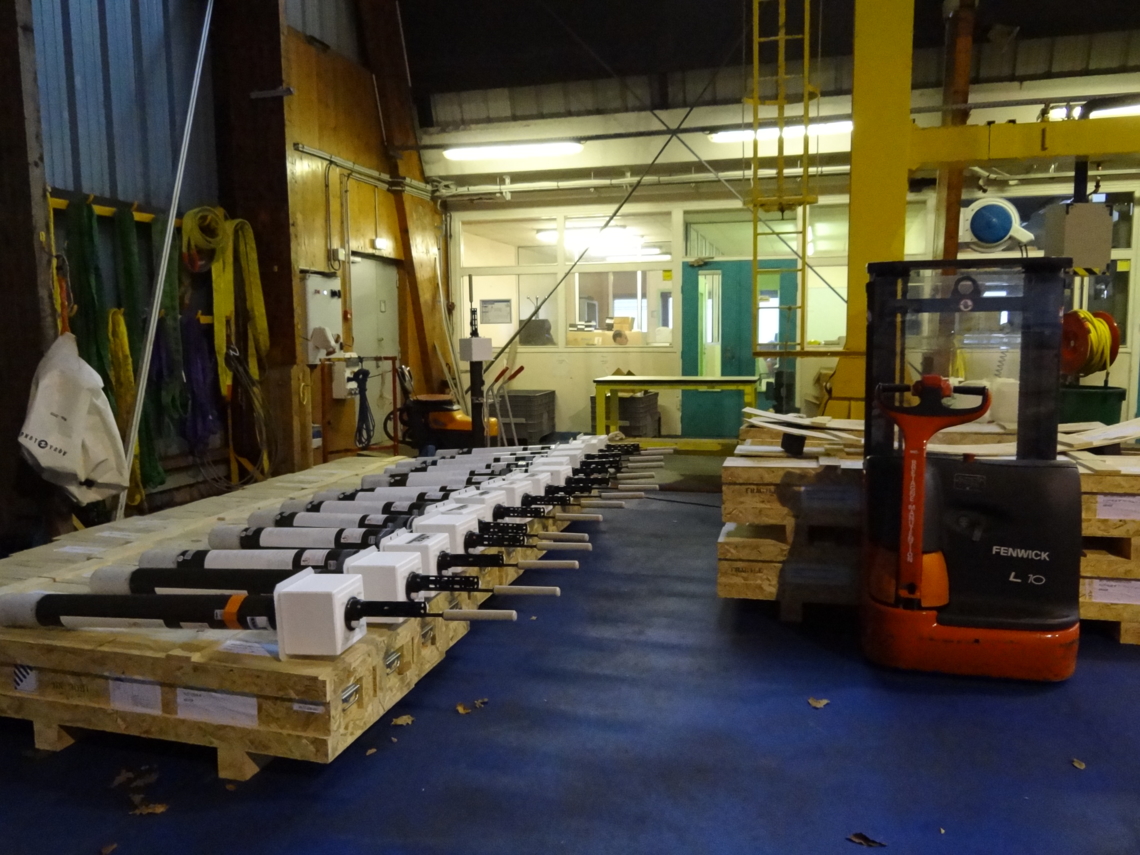 Floats are launched from ships doing scientific research, from large container ships and sometimes even from aircraft.

The floats may be lowered into the water from stationary ships as shown on the right, or they may be packaged into deployment boxes,

which protect the floats from water impact when they are launched from moving ships or aircraft. 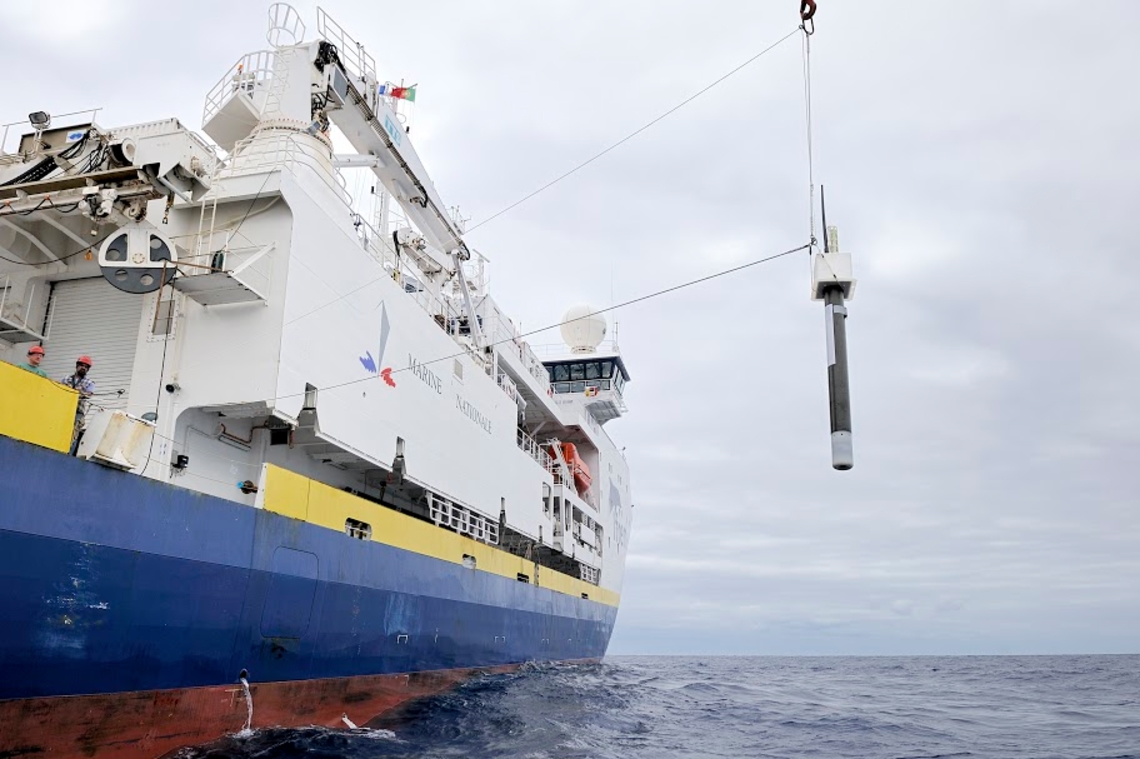 Each float has a unique number that allows it to be recognised and distinguished from all the other floats. 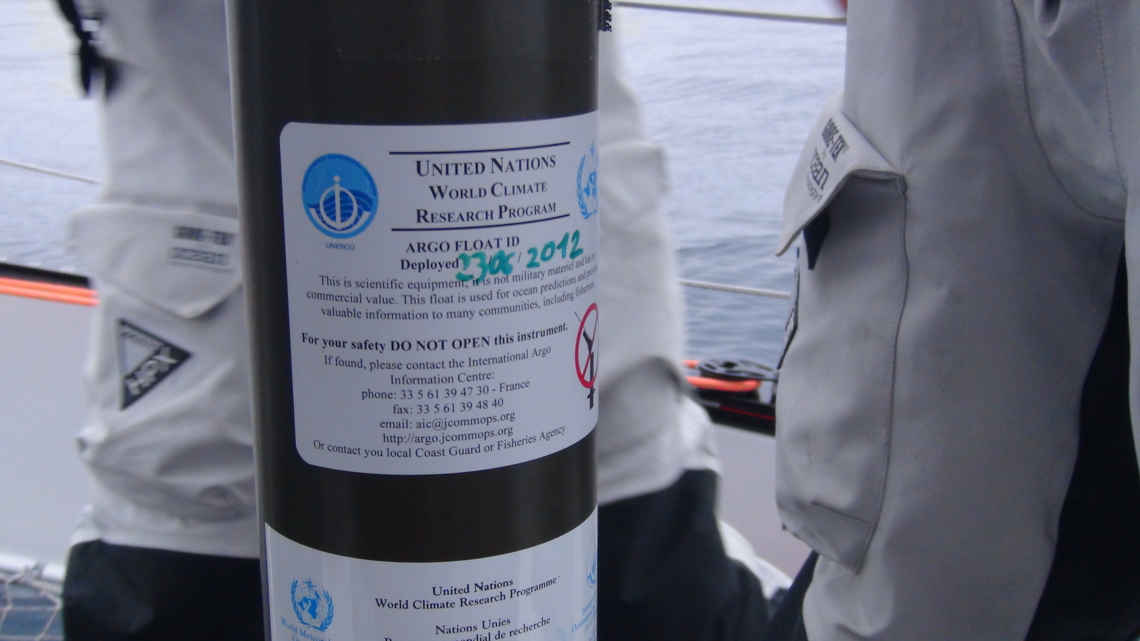 The standard Argo float mission is as follows :

- When an Argo float is launched, its bladder is inflated to keep it floating at the surface.

After a few minutes the float sends a test message, then the pumps deflate the bladder and the float sinks. The float is designed to be a bit less compressible (squashy) than sea water, so as it sinks it becomes increasingly buoyant.

- At about 1000m depth the float's density is the same as the density of the surrounding water, and so it stays at that level, drifting slowly with the currents.

After a while the bladder deflates again, and the float sinks to 2000m. There oil is pumped into the bladder; the float becomes buoyant and rises, measuring temperature and salinity on the way up.

- Some six hours later it reaches the surface and starts to transmit its data via satellite to an Argo ground receiving station.

The position of the float is calculated from the Doppler shift of the transmitted message.

Finally the bladder deflates and the float sinks to start all over again.

This measurement cycle is repeated every 10 days. After 150-200 repeats (3-4 years) the batteries are exhausted.

With no energy to bring it to the surface, the float drifts until the pressure case corrodes and leaks, and the float sinks to the sea floor. 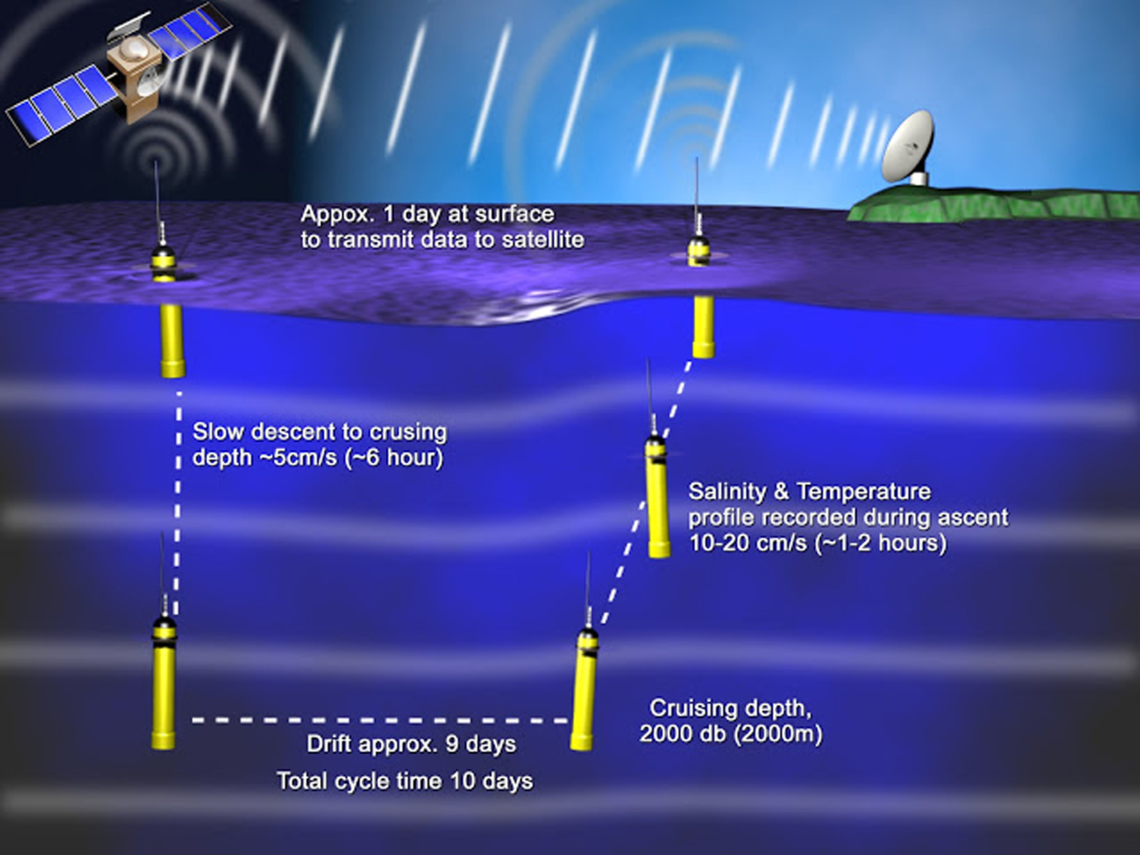