Discover how the 4D biogeochemical dynamics of the euphotic layer in the Black Sea was reconstructed over the period 2013–2020, combining data from Argo floats, physical properties from numerical models and machine learning.

“The Synergy of Data From Profiling Floats, Machine Learning and Numerical Modeling: Case of the Black Sea Euphotic Zone” 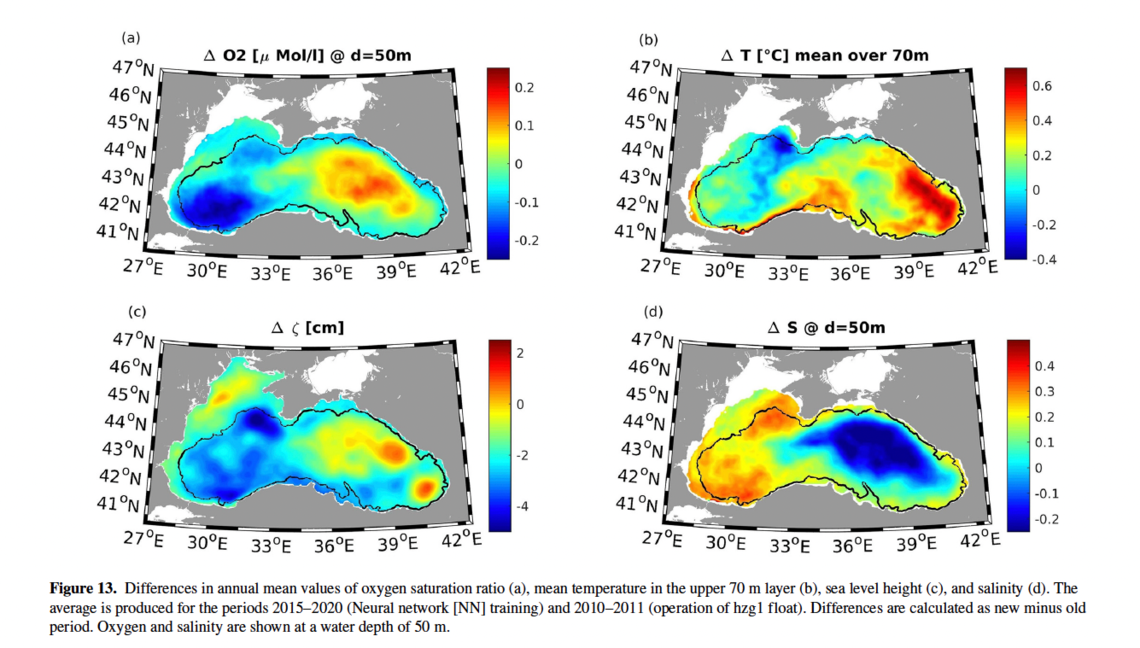 This study addresses the biogeochemical dynamics of the euphotic layer in the Black Sea. Observations are provided from profiling floats, and the observed biogeochemical parameters include oxygen, the backscattering coefficient at 700 nm and chlorophyll-a. Data analysis showed complex temporal and spatial relationships between physical and biogeochemical variables and some limits in understanding the details of biogeochemical dynamics. A feedforward backpropagation neural network was developed, which can be considered an input–output mapping in which the neurons combine the input data in such a way that the output can be considered a nonlinear combination of input data. When applied to older data, the reconstruction performance decreases, suggesting a change in the dependency of biogeochemical characteristics on physical drivers caused by known climate change. A comparison with simulations from a coupled operational biogeochemical model shows that the neural network outperforms the numerical model. The newly proposed method, combining data from profiling floats, physical properties from numerical models and a backpropagation neural network, allows us to reconstruct the 4D dynamics of the euphotic layer over the period 2013–2020.