Argo Netherlands and Argo France joined their efforts to compare the new RBR CTD sensors with the standard SBE CTD, deploying pairs of Argo floats in the north of Curaçao, a Dutch Caribbean Island.

Diversifying providers to secure sensor provision at a competitive cost is one of the main current objectives of Euro-Argo, to sustain and expand the Argo floats network.

For that purpose, Argo Netherlands and Argo France collaborated to deploy four floats each during the Mixation cruise, from the Dutch research vessel Pelagia while on transit from Curaçao to a mooring site near Bermuda at the end of April. Thus, this cooperative mission had a specific objective: deploy the Dutch floats equipped with the new RBR CTD sensors side-by-side with French floats that are equipped with the standard SBE CTD, to compare these two sensors.

In January, a similar swarm experiment was conducted by BSH, who deployed five pairs of floats in the frame of the DArgo2025 project in a strong cyclonic eddy in the Northeast Atlantic. 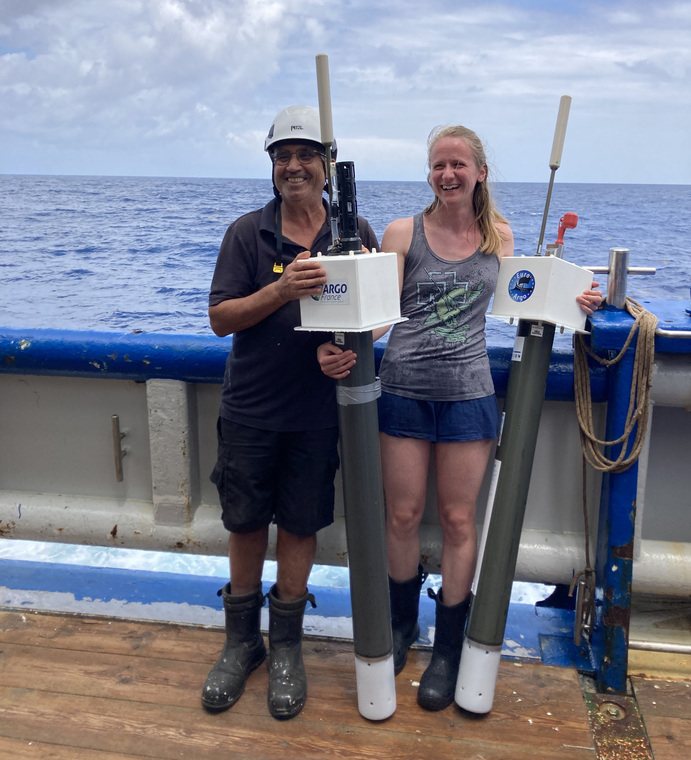 Two Argo floats ready to be deployed. The left one carries a SBE CTD sensor, the right one a RBR CTD sensor.

How can floats be deployed to effectively compare their sensors?