This sailing expedition will contribute to maintain the global Argo network by deploying around 100 floats. A premiere!

On Sunday November 28th at 23:45 UTC, the last of the 17 European Argo floats – French, Dutch, European projects and German –was deployed. Mission accomplished! The Blue Observer crew on Iris is now ready for the way back, from Woods Hole to St Helena, and will deploy the other 78 other floats – American and Canadian – during this second leg.

You can track them on the Euro-Argo fleet monitoring tool: 17 European Argo floats - deployed by Blue Observer

Read more about these floats and the Blue Observer mission.

Read more about the American contribution to the mission. 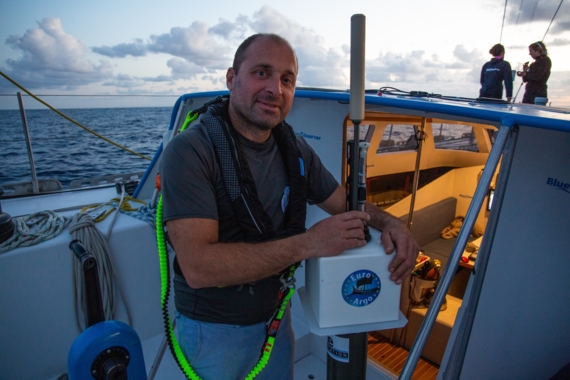 Eric Defert and a Euro-Argo float on Iris. 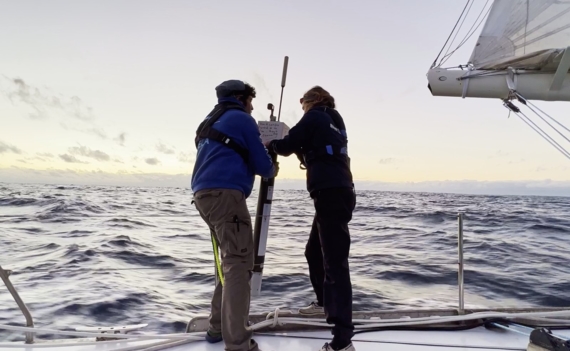 First deployment of a European float, on Monday 15th November off the Guilvinec canyon.