The 23rd AST meeting was organised in Monaco on 21-25 March 2022, during the Monaco Ocean Week, as a hybrid event.

In addition to the usual sessions, as part of Monaco Ocean Week, a public lecture was made by S. Wijffels and H. Claustre and a UN Ocean Decade Forum was organised, which objective was to bring together observing  networks (e.g. GO-SHIP, AniBOS, etc.) and their data users to better understand both the needs of the users and to communicate the networks strategies and services.

The AST23 meeting report and slides of the presentations are available HERE.

Many discussions were held on all aspects in link with the Argo programme during the week. The main conclusions and recommendations from an Euro-Argo point of view are described hereafter.

More than 70 papers were published in 2021 on BGC-Argo. Regarding implementation, the network is progressing, with about 200 active floats with 5 or more sensors and strong (funded) commitments over the next 5 years for about 800 floats to be deployed with five or six sensors.

A group led by Emanuele Organelli (CNR) reported on their work on the configuration of radiometry measurements. They tend to recommend that all BGC, 4-channel radiometers standardise on wavelengths of 380, 443, 490, and 555 nm. They are also recommending 1-m sampling resolution where possible. 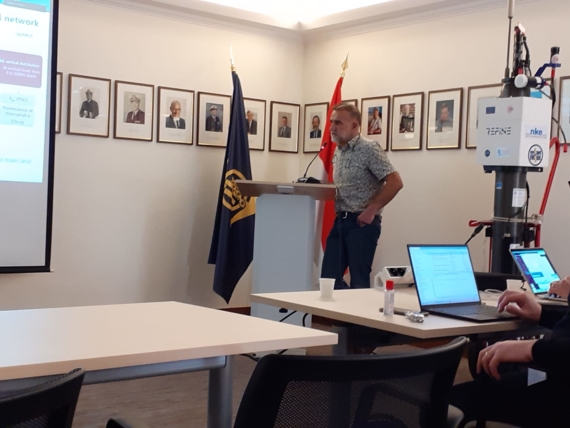 Three Deep Argo pilot arrays will be implemented in the Pacific, Atlantic, and Indian oceans in 2022. The deployment rate (53 floats) for 2022 is just enough to maintain the regional Deep Argo arrays, and represents only 17% of the yearly value needed to implement the global 1200 Deep Argo float array. Only nine national programs buy Deep Argo floats, although other partners are contributing to the mission by helping in data management, float deployments and on other technical aspects. A paper describing the strategy for the global implementation of the Deep Argo array will be submitted for publication in August 2022.

A report was made by Ingrid Benavides on behalf of the teams working in polar regions, and it was decided to form a Polar mission team, such as for the BGC and the Deep missions, with terms of reference. This team will work on technical and data problems and refine the scientific design.

A Working Group has been working on identifying the best sampling configurations over the past year, and presented their recommendations:

BGC variables were also examined for preferred sampling time and some (NO3, pH) had no preference, while O2 and FLBB would prefer the dark and the radiometer has a strong desire for noon sampling. This was the strongest preference and the group came up with the following recommendations to accommodate this preference:

The final topic considered was park-level sampling and here are the group’s recommendations: 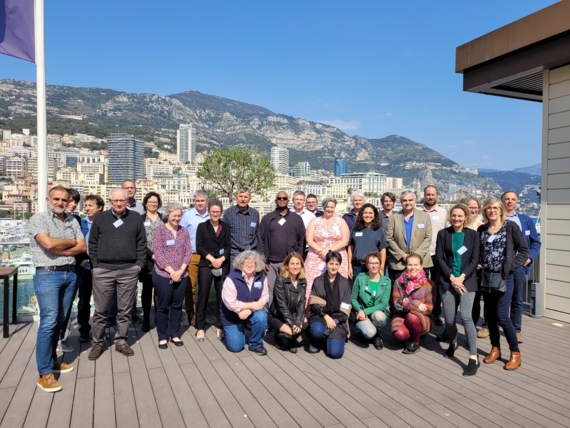 The outcomes of last ADMT meeting were summarised by Sylvie Pouliquen :

Sylvie is retiring in 2022 and therefore, with Megan, she has been looking for a new co-chair to take over: Claire Gourcuff, from the Euro-Argo ERIC office, accepted to take over and everybody welcomed her as new co-chair of the ADMT.

The recent agreement reached at the ADMT meeting in December 2021 to flag post-April2021 RBR salinity (from core RBR sensors) with PSAL_QC=’1’ in real-time, if all real-time QC tests were passed, was recalled.  This means that the Argo community recognizes that the RBR CTDs have improved to a point where their raw salinity data can be treated equally in real-time as the other CTD data in Argo.

It is now recommended for groups procuring floats to include part (10%, 25% or more) of the fleet equipped with an RBR CTD to progress in the implementation and further assess the quality of the CTD data on Argo floats.

Progress made on making the Argo data and metadata system more 'FAIR' (Findable, Accessible, Interoperable and Reusable) as part of the ENVRI-FAIR H2020 EU project was reported by Violeta Paba (BODC). Current work is focused on turning remaining Argo reference tables into controlled vocabularies (using the NERC Vocabulary Server - NVS) with unique URLS accessible by humans as well as machines, and new vocabularies are being created by the wider Argo data management community to constrain currently free-text or loosely regulated Argo NetCDF metadata variables. In 2022 it’s important that the GDAC filechecker use Argo Vocab to strengthen the checking of file format entering the Argo repository.

Over the 5 days of meetings, the need to reinforce the links between Argo and the modelling and satellite communities were stressed several times. A Working Group was set up to progress on this issue, and an action was created to work on data products delivered by Argo dedicated to these communities.

Denmark was invited to present its recent involvement in Argo and its representatives were warmly welcomed in the Argo community.

The progress made by the Core Argo Best Practice working group was presented, with a paper in preparation that should be submitted to community review in summer 2022.

The Argo Tech Community of Practice working group led by Pat McMahon was presented. This group targets technicians and people directly involved in preparing floats for deployment, and its main motivation for forming the group was to create a space for shared ideas and collaboration in the technical sphere. Anyone interested in joining the group is invited to contact pat.mcmahon(at)csiro.au.

Progress made on the preparation of the 7th Argo Science Workshop to be hosted by Euro-Argo in Brussels on 11-13 October 2022 was reported by Claire Gourcuff. A call for volunteers from Asia or from the BGC-Argo community was reiterated.

Finally, the outcomes of the 2nd Ocean Observers educational workshop jointly organised by OceanOPS and Euro-Argo in November-December 2021 were highlighted by Emanuela Rusciano (OceanOPS).

Euro-Argo also had the opportunity to present all the work carried-out and the results obtained in the framework of the Euro-Argo RISE H2020 EU project, which has contributed, since its start in 2019, to significantly progress in all aspects of the Argo programme.