On December 6th – 10th 2021, the 22nd Argo and 10th BGC Data Management Team meetings were held virtually. More than 100 participants from all over the world attended these events.

The first two days were dedicated to the 10th Argo-BGC data management meeting. On this occasion, feedbacks from DACs were presented, as well as specific working groups topics, such as RT and DM data management focusing on the various BGC parameters.

Among the main outcomes of these two days, we can cite:

-       2021 is the first year for which the BGC network reached more than 400 active floats carrying at least one BGC sensor at sea.

-       Development of BGC Argo is progressing in a significant number of countries, however it's still under R&D funding and sustainability is not guarantied

-       Significant progresses were made on the real-time processing, on the monitoring tools and development of DMQC procedure for most of the variable. On the European side such activity was carried on within the Euro-Argo-RISE project

-       A first BGC - DMQC Workshop is planned for fall 2022, with a scope of supporting new team in the implementation of DMQC methods, and that way increasing the amount of adjusted data to the GDAC and fostering the DAC collaboration.

-       To facilitate engagement with new teams a tool page was set up and soon and FAC.

During the 22nd ADMT plenary session, one of the main goal was to review the progress on the One Argo data management system based on the preparatory work done in October and November through dedicated working groups. European initiatives on data management were presented, underlining efforts carried out in ongoing European projects (Euro-Argo RISE and ENVRI-FAIR), or as part of a collaborative effort through ad hoc dedicated international working groups set up to elaborate proposal to be endorsed at ADMT. The European partners played a significant role in those groups.

Among these initiatives, we can cite:

-       The progress made on the implementation of FAIR principles were presented (activity carried on within the ENVRI-FAIR project in collaboration with international partners). It's related in particular to the set up on an Argo Vocabulary on the NVS managed by BODC/UK and the development of new APIs on the French GDAC allowing machine2machine access

-       Some outreach activities enhanced by Euro-Argo Office and Members were highlighted, such as the Argo Online School launched by IEO and the second Ocean Observers workshop, co-organised by Euro-Argo and OceanOPS. 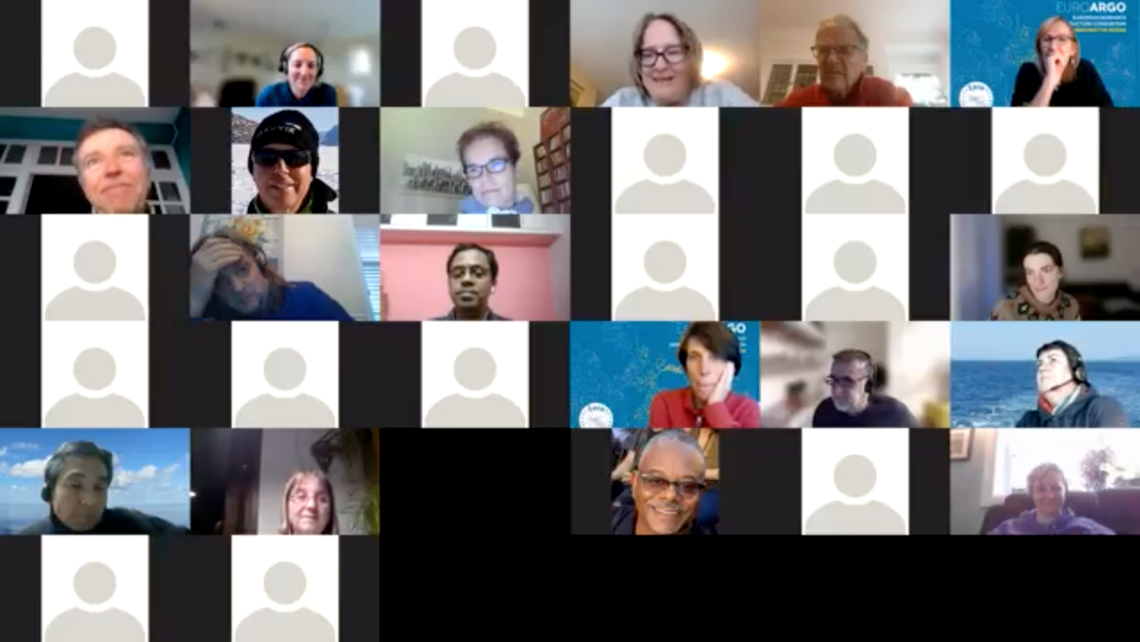 This ADMT22 was the last one for Sylvie Pouliquen as Director of Euro-Argo ERIC as she is retiring. So it is with great emotion that the whole Argo community thanked her for all her work and praised her unfailing involvement and dedication to the Argo programme.