In 2020, for Euro-Argo the priority was placed on the BGC and Deep missions and their connection with other observing networks. The funding for the OceanOPS BGC Argo project office position was secured for an initial two-year term and the BGC Argo website was improved with respect to statistical tools for publications. In addition, discussions with Argo international also started to organise a Deep and a BGC workshop in 2021. In the WP3 framework, the EuroSea partners also contributed to the global ocean oxygen atlas international initiative. Moreover, some actions were carried out in concert with the H2020 Euro Argo RISE project:

The two tasks related to WP7 were presented during the EuroSea General Assembly, early 2021: 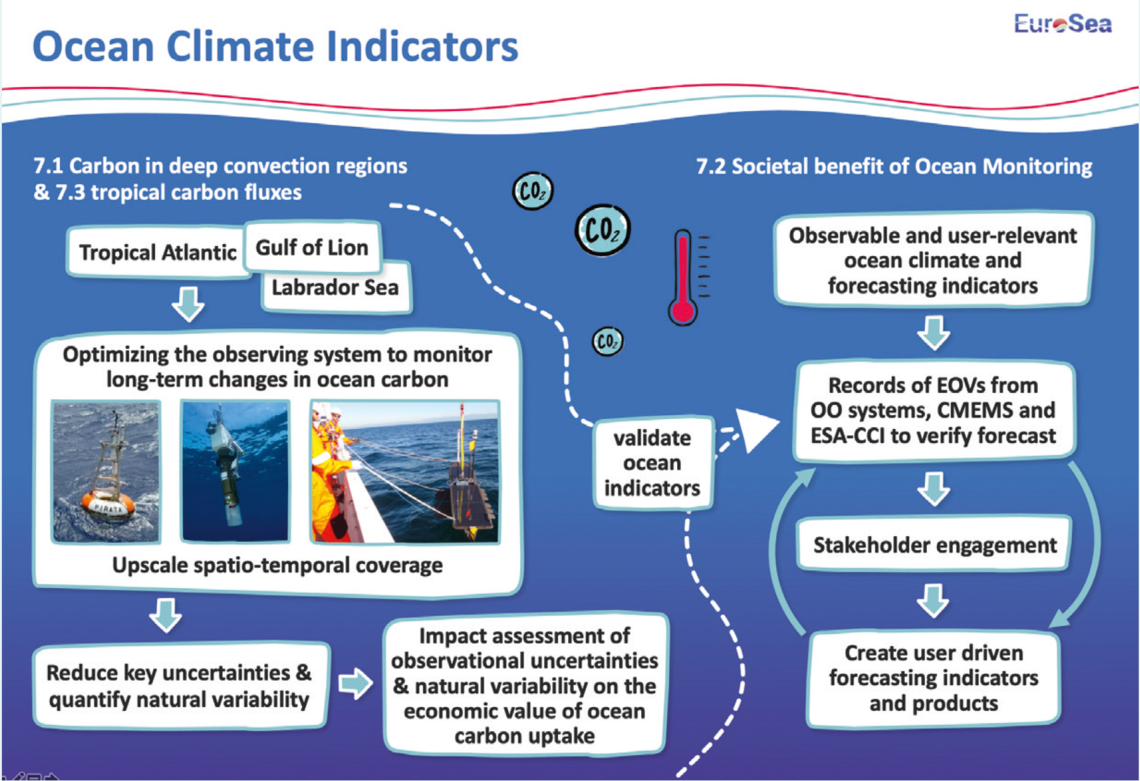 This project has received funding from the European Union’s Horizon 2020 research and innovation programme under grant agreement n°862626.